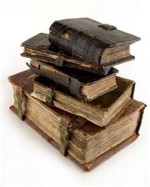 Church History: Our roots and branches

In October 1686, twelve men had a vision to establish a church in Preston. A petition was sent to the General Court of the Connecticut Colony, asking the privilege of organization, being they were “remote from any place of public worship – the way to either place (Norwich or New London) being dangerous in winter by way of the River”. On January 26, 1687, the general assembly granted a patent or, “privilege of plantation” to the people of what was to become Preston, to form a township to include a meetinghouse, “when they shall be arrived to such a capacity as to mayntayne a minister.” Steps were taken immediately to secure a minister and for the next ten years, a number of men were contacted. Seventy acres of land were set aside as an enticement for a minister to settle here. A yearly salary of 50 pounds and 30 loads of firewood were offered. On December 15, 1697, the town of Preston “voted to receive Rev. Mr. Salmon Treat as a lawful minister and inhabitant of the town…” Mr. Treat accepted the call in the summer of 1698 and in October, the General Court gave its permission for them to form a church. The First Church of Preston was dedicated on November 16, 1698. The church, or meetinghouse, as it was known, was used for civic as well as ecclesiastical purposes.

In February 1737, the General Assembly was once again petitioned for a new and larger meetinghouse. The second meetinghouse was completed on February 8, 1740, in just over two years. In the early 1880’s, a third even larger building was constructed and, after an unexplained fire on March 19, 1886, the fourth and present church was erected.

As our church membership continued to increase, we have expanded to meet growing needs. We were able to purchase the four and one half acres of adjacent land and renovated the 'little house’ on it to become the church offices. The parking lot was enlarged and the “Field of Dreams” and pavilion became a reality. The Christian Education Wing was dedicated on March 24, 2002. Improvements to our church building have included a new gas furnace, and air conditioning was added to the sanctuary and Halls' Hall, which was remodeled. A new organ and sound system were installed in 2005.

The sanctuary was renovated in 2015 with new carpeting, paint and the removal of the drop ceiling, which was installed in the 1970’s as an energy-saving measure. The twenty-four beautiful stained glass windows of the original building were uncovered and repaired, and the large stained glass window was cleaned and reinforced. The chancel area platforms were expanded and a center railing installed; all railings were refitted to be removable. In 2016, we acknowledged Charlie Fessenden, a great advocate for our church, by dedicating the main entry to the church hall as the Fessenden Foyer. The Sunday School Hall was named Dudek Hall in honor of Sandy Dudek who has served as our Director of Religious Education for 25 years.

The Preston City Congregational Church has been led by thirty ministers throughout her history. Nine ministers were ordained here, including Mr. Treat who served as minister for forty-six years; eight died here and six are buried in Preston City Cemetery. January 20, 1985 was the first Sunday Reverend Stanley White preached as pastor of the Preston City Congregational Church. In August 2007, the membership voted to hire seminarian Amanda Ladegard to assist Reverend White for one year. Reverend Thomas Flynn served as Associate Pastor in 2017. At the Annual Meeting in February 2020, Reverend White announced his retirement at the end of July 2021. Reverend Raefield Perteet began as our thirtieth pastor in July 2021. His pastorate ended on December 16, 2022.

Since 1686, when the original twelve members petitioned the state for organization of a township at Preston, self-determination and spiritual leadership have been the essence of our congregation. At the request of residents in the northern part of Preston (now the town of Griswold), the North (or Second) Society was established in 1716. The town of Griswold separated from the town of Preston in 1815. In 1747, there was change in the congregation, one of discord. The Great Awakening was spreading throughout New England and Preston was not left out of this movement. Six members of our church formed the Separate Church of Preston and many soon followed them to this new evangelical society. This new church was not long-lasting and July 27, 1817 saw the final recorded minutes of the Separatist Church. In 1812, a significant number of members left our church when the Baptist Church was established. Loss of members did not necessarily mean loss of spirit, and during the pastorate of our sixth minister, the temperance movement was quite an issue. Independence and the right to make our own decisions are characteristic of Congregationalism and we have certainly shown ours, especially in the early twentieth century when a succession of ministers came and left, with none staying longer than six years. When many Congregational churches voted in 1957 to merge with the Evangelical and Reformed Church to form the United Church of Christ, our congregation voted to remain independent. In the spring of 1987, the membership unanimously approved to unite with the National Association of Congregational Christian Churches, which emphasizes the autonomy of the local church. June 27th, 2006, the membership voted to allow the minister to perform civil union ceremonies outside of the church.

Since 2004, we have held two Sunday church services, except for during the summer months. Our Sunday School continues when many other churches have had to end theirs. In 2016, we began web streaming our nine o’clock Sunday service in order that our shut-ins and others around the country (and world!) can join us in worship and instituted online giving as another choice for financial support of our church. The Covid-19 pandemic of 2020 - 2022 presented challenges for our church and life as we knew it. March 8, 2020 began our state quarantine. There were no in-person church services. Everything was shut down except for essential businesses and we were urged to stay home. Because of forward-thinking members, we were able to offer live online services, as we had the web stream already in place, and meetings were held virtually. The church was re-opened for in-person services on June 7, 2020 with restricted participation, everyone wearing masks and social distancing. This new way of worship continued into the spring of 2021. As the pandemic continued into a third year in 2022, we were fully open and many activities resumed, although they looked somewhat different as we acclimated to our new normal. A huge undertaking has been the remodeling and updating of the church kitchen. We hope to be able to put it to good use in the coming years.

Our church has been in existence for 324 years. With the same determination as those original members who stood on that “gravelly knoll” and decided this would be the place for their church, we continue in our respect for the past and its traditions, and look forward to the promise of the future and meeting the needs of our changing church community.

INCLEMENT WEATHER CANCELLATIONS
TUNE IN to Television Channel 3 (WFSB) or you may check our Facebook page or this
website, or call the office

When Sunday School is
cancelled, church is NOT CANCELLED unless specifically
announced. We have been assured that when we post on Channel 3, they notify all the local radio stations.

The Monday Morning Bible Study will be getting together at 10am. We will be studying the Christian Church of Colossae written by David Jeremiah, "Christ above All."
I will be ordering books if you are interested at $15. Please contact Chris Burden for any questions.

TUESDAY EVENING group will continues through March 28 and will study the Prophet Daniel.

The class will also be available on Zoom by contacting Pastor Scott VanAlst at 860-237-7964 or scottyv916@gmail.com.

The Clothing Shed is open.

Please place donations in bags and tie them.

Our next Senior Luncheon is scheduled for February 14 at noon. A pasta dinner is planned. The sign-up sheet has been posted on the bulletin board.

A Bingo Workers Appreciation Dinner is planned for 6P Saturday,

February 25, with an inclement weather date of Sunday, February 26.

We are so excited to be planning for a 2023 Scarecrow Festival. The date is set for Saturday September 23, 2023. 10 AM till 4 PM. This will be our 15th festival. The festival is going to probably look a little different but it is still going to be all about fun for the whole family and community.

We need many volunteers and coordinators to make it successful. A list of areas that need coordinators is posted on the bulletin board outside Dudek Hall. PLEASE add your name, phone, and e-mail to the list if you would like to help. Meetings will begin in January via Zoom on the second Tuesday of each month at 6:30 PM.

Are you receiving our email newsletter?

Please send an email to the church office at pccc@snet.net to let us know that you would like to be added to the email mailing list. Thank You and Welcome!

The newsletter comes out on the first and third weekends of the month.

Click the Donate Now button above to connect with our

We are handicap accessible. 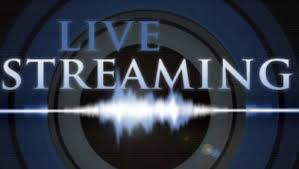 Click on the icon above for live webstreaming of our worship service and a viewable archive of past services!